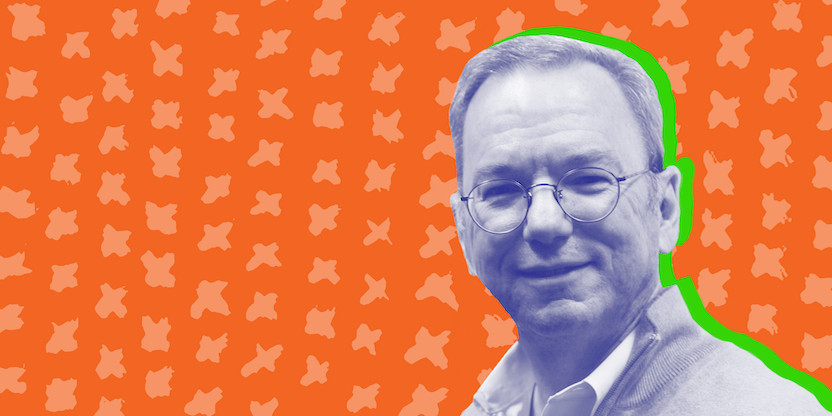 Welcome to Masters of Scale

The Masters of Scale Courses app offers curated courses, each centered on a 10-minute Daily Practice, to help you build and cultivate your entrepreneurial mindset.

Listen in the App

REID HOFFMAN:
Welcome back. It's Day 5 of the Mindset of Scale, and I'm happy you're here. You've given yourself these 10 minutes to cultivate new ways to approach your journey as a leader, so let's get to it.

Today, we're going to talk about decision making. As an entrepreneur or intrapreneur, you make decisions, all day, everyday. And the way you make decisions is a hidden factor that can drive your business to scale – or alternately drive it into the ground. One of the keys is speed. Fast decision making can set you up to scale, fast. The best person I know to talk about this is Eric Schmidt, the former CEO of Google.

So I want to share a story that starts just before Eric joins Google. His previous job, as CEO of Novell, was fraught with complications. On his very first day, he discovered the company's financials weren't all they were cracked up to be.

ERIC SCHMIDT:
The reality, of course, hit on the first day, because I was presented with different numbers for revenue for the quarter than I'd been told when I was interviewing. And by that Wednesday, third day in the job, we were in a real crisis.

We had a month which we called the worst month, where everything was failing, and it was clear that the business was in very different trouble. And there was a moment in that month where I remember saying to my colleague, "I just want to get out of here with my integrity intact."

HOFFMAN:
There's only one way to take your mind off of a disaster on this scale – flirt with scarier disasters.

SCHMIDT:
My friend said, "You need a distraction. And if you're flying planes, you won't be able to think of anything else." It was the best advice ever. I eventually figured out it made a big difference, shockingly to me – because in aviation, they teach you to make rapid decisions, and they, over and over again: "Decide, decide, decide." It's better to make a decision and just accept the consequences. And that discipline helped me in the hard times when I was at Novell in a real hard core turnaround.

So I approached aviation the same way I approached the company, which was trying to figure out how it actually worked. And once you figured it out, if it's a well-defined system, it has a certain logic and a certain beauty in it.

HOFFMAN:
I want you to notice two things in this story. The first is the way Eric thinks about companies:

SCHMIDT:
If it's a well-defined system, it has a certain logic and a certain beauty in it.

HOFFMAN:
He thinks of a company as a system that he has to understand. The other thing I want you to notice is what flying taught him about decision-making:

SCHMIDT:
In aviation, they teach you to make rapid decisions, and they, over and over again: "Decide, decide, decide." It's better to make a decision and just accept the consequences.

HOFFMAN:
Both of these habits will serve Eric well as he lands in Google's chaotic system. And he's about to land. That opportunity came in the form of a fateful phone call.

SCHMIDT:
I got a call from John Doerr, a good friend and venture capitalist, who said, "You should come over and talk to Google." And I said, "Oh, it's just a search engine." He said, "Well, you'll enjoy it." And I said, "Probably not." But I figured I'd go visit, because I'm curious.

HOFFMAN:
Eric's curiosity gave way to conviction. After he met with Google cofounders Larry Page and Sergey Brin, he joined as CEO in 2001.

As Eric ventured outside the executive suite, he found idea-generating conversations unfolding across the company.

SCHMIDT:
I think a fair statement is that the founders built the company in the image of what they saw at Stanford graduate school. So the offices for example, if you had them, would have four people in them – which is the number of graduate students that are in an office.

And of course, everyone's very crowded, and it's very casual. And of course there's free food, and everyone is sort of hanging out all day. And that graduate student culture – that sense that somehow we're about to discover something new – permeated the decision making. So they were able to invent some new ideas. So the culture of food and benefits and being quirky came from the founders trying to recreate that feeling.

HOFFMAN:
Amid this creative ferment, his job was simple. He just had to give employees a slight nudge to deliver on their promising ideas.

HOFFMAN:
When you're surrounded by bright young minds, you don't have to push too hard for interesting ideas. They tend to tumble out of conversations or shared challenges, and take you in unpredictable directions. It requires a particular kind of leader who can embrace both humility – the uncomfortable notion that you don't have all of the best ideas yourself – and uncertainty – because you can't always schedule innovation on a predictable timeline.

But a free-wheeling, idea-generating climate of open inquiry – like the one Schmidt cultivated at Google – has to be matched with disciplined decision-making in order to thrive.

SCHMIDT:
The most important thing to do is to have quick decisions – and you'll make some mistakes, but you need decision-making. We ultimately adopted a model of a staff meeting on Monday, a business meeting on Wednesday, and a product meeting on Friday, and this was organized so that people could travel in the right ways. And the agenda was, everybody knew which meeting the decisions were made at – and so as long as you could wait a week, you knew you would get a hearing on your deal.

I cannot tell you how many people have told me that at Google, decisions are made today quickly, in almost every case, even at our current scale. And that's a legacy of that decision. Most large corporations have too many lawyers, too many decision-makers, unclear owners, and things congeal – they occur very slowly. But some of the greatest things happen very quickly. We made the decision to purchase YouTube in about 10 days – incredibly historic decision – because we were ready, people were focused, we had a board meeting, we wanted to get it done.

So I always tell people, somebody is running your company. What are they doing? Why don't they just make this decision? Even if it's the wrong decision, a quick decision is better in almost every case.

HOFFMAN:
The power of quick decisions played out in every aspect of Google's success. The combination of inventive, bottom-up ideas and rapid top-down decision making guided Google's growth for more than 20 years – and counting.

Eric's fast decision making let him empower his entire team – from top level managers to engineers. Everyone could make clear decisions on what was working, and what wasn't. And that gave the company the opportunity to learn together – with little time wasted. It also gave them the upper hand in seizing opportunities. While other companies sit in the perpetual purgatory of decision making, Google is able to act fast – because they developed the institutional muscle to pounce. And you can do the same.

So, what decisions have you been postponing? What could happen if you decided, right now – told your team clearly – and didn't look back? As you head into your day, keep Eric's flight instructor in your ear and "decide, decide, decide".

Here's today's exercise – to help with that mindset shift. Open your calendar. For every meeting you have today, ask yourself: What decision do we need to make? Now open each calendar invite and write it down. Write the word DECIDE – followed by the question that needs to be answered. As you move through your day, repeat that pilot's mantra "Decide, decide, decide" and force yourself to end each meeting with a decision.

If you find yourself saying things like "We need more time" or "I need to think about it" – then decide on a specific step that can be taken. What facts do you need? Whose opinion must you know? Empower your team to take that step, and then come back to decide.

Tomorrow is Day 6, and we're looking at your entrepreneurial superpower: Grit.

In the meantime, watch for our email with a summary of today's Daily Practice and your action item. It's here in the app too. But we send them through email to help you retain the insights after you change contexts and put your phone down.

The Masters of Scale Courses app offers curated courses, each centered on a 10-minute Daily Practice, to help you build and cultivate your entrepreneurial mindset.